This post concludes the ASS site Amazon affiliate income report series for 2016. Looking back, there were a lot of ups and downs working on the ASS site. As you know I have been working on this project part-time and rely on my team to move things forward. However, I am starting to think maybe my involvement in every aspect of the site is causing it to not grow as fast.

So, I have decided to do an experiment.

Moving forward, I am going to rely on my team more and will only work on strategic items and leave all the tactical things to my team. I am sure this will cause a lot of mess and productivity will come to halt for a few months. However, in the long run, I believe this is the only way to grow and scale.

Couple with this initiative, I am going to also only to create a post when there is something substantial to share. I am not sure if this means few months of no updates or even a year (I hope not). But the first milestone in my mind is when the ASS site hits $1,000 / month revenue.

We added substantial number of content (about 20 articles) and continued to build backlinks but for whatever reasons, the site traffic started to decline. Here are some of the reasons I could think of.

Whatever the reasons are, the traffic level has dropped back down to pre-holidays level.

Despite the large drop in traffic, revenue for the site did increase thanks to the holiday season. It made a new record by making about $467 in revenue.

However, as you can see the clicks has dropped substantially down to the level seen in September. Considering we did not change the backlink building strategy, and the only main change to the site was the new content added, I think as we start building backlinks for those other niches the content is based on, we should get back on track. 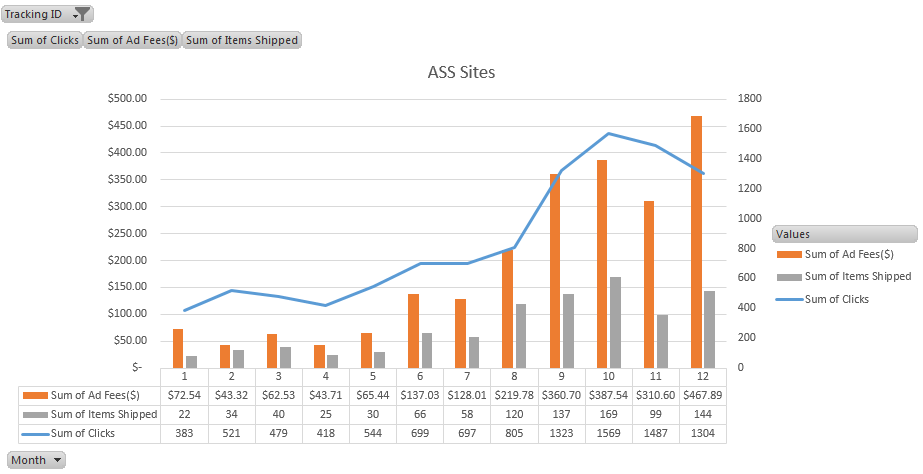 This is a vast improvement compared to 2015 considering that my Amazon associate account was banned and my entire Amazon affiliate revenue for 2015 was only about $470. 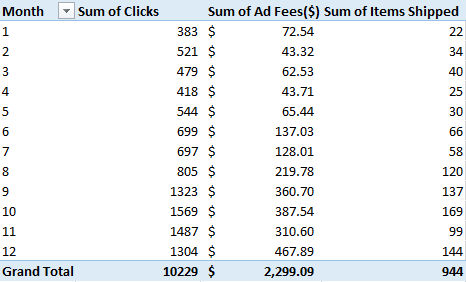 So, this is it guys.

Like I said earlier, for the next several months the business operation will need to be revamped. I bet there will be a lot of mess and no growth.

In order for me to concentrate on improving the business, I will not be posting any ASS site report moving forward until there is something substantial to share with you.

Until then, have a nice New Year!

How Do I Find When A URL Was First Indexed By Google?
Scroll to top