At the end of June, it marked two months since we stopped creating new articles on the ASS site.

Despite no new content, I am pleased to announce that the site traffic and revenue continue to grow.

We continue to only focus on backlink building. I must admit the progress has been slow and painful.

Nonetheless, it seems we are on the right track based on the Majestic.com backlink data.

To clarify, we have built about 10 links so far. Majestic.com data shows the site had more than 100 backlinks increase but we did not build those. It is likely Majestic is counting the same links from the same site. For example, if a link is placed on a sidebar widget of a blog, it might be counted as 50 links.

Organic traffic spiked up in June and held steady at that level.

It will be interesting to see if the traffic growth will continue because we haven’t managed to build as many backlinks in July so far and will likely have less progress compare to June.

I am very pleased to say the revenue doubled in June compared May. This could partly due to seasonality because as it gets warmer, more people might be interested in purchasing the products being promoted on the site. 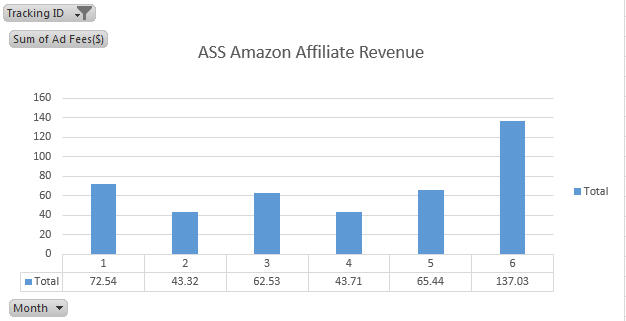 Now that I have established a backlink process, I might get some extra help to boost the backlink building efforts.

I tried using Scrapebox to automate some of the backlink building steps that I described here without much success. Because at the end, I would still need to sort through the websites that I gathered from Scrapebox to ensure the sites that we are sending emails out to are relevant.

How To Transfer Data Into Non Consecutive Empty Cells In Excel?