For the majority of 2015, we only had two people (me and my virtual assistant) on the team. During the summer of 2015, my virtual assistant’s interests moved from online to offline (as far as I know, he wanted to run a computer repair shop) so we parted ways and I had to rebuild my team.

Since then, my team has grown into two SEO assistants and one article writer, so now there are four of us.

In January, I started creating a list of Standard Operating Procedure (SOP) documents so we have a standardized procedure for everything we do.

Along with that, to make the whole process more structured, I came up with a 8 steps formula that makes niche sites rank.

It might sound like one of those make money quick program that tells you “do this and your site will rank”. However, the main reason that I came up with this is to allow the team to see who is in charge of which steps and what tasks are assigned to whom.

Based on this exercise, now we can clearly see we actually need one more person to the team so I am actually in the process of interviewing few candidates at the time I am writing this.

The main tasks we did in January are as follow.

January traffic was a little lower compared to December. This is understandable since November and December are holiday seasons with many people shopping for gifts.

The fact that the traffic held steady at pre-holiday season level after couple of Google Algorithm updates (one in Oct 2015, one in Jan 2016), indicates the site is in good shape. 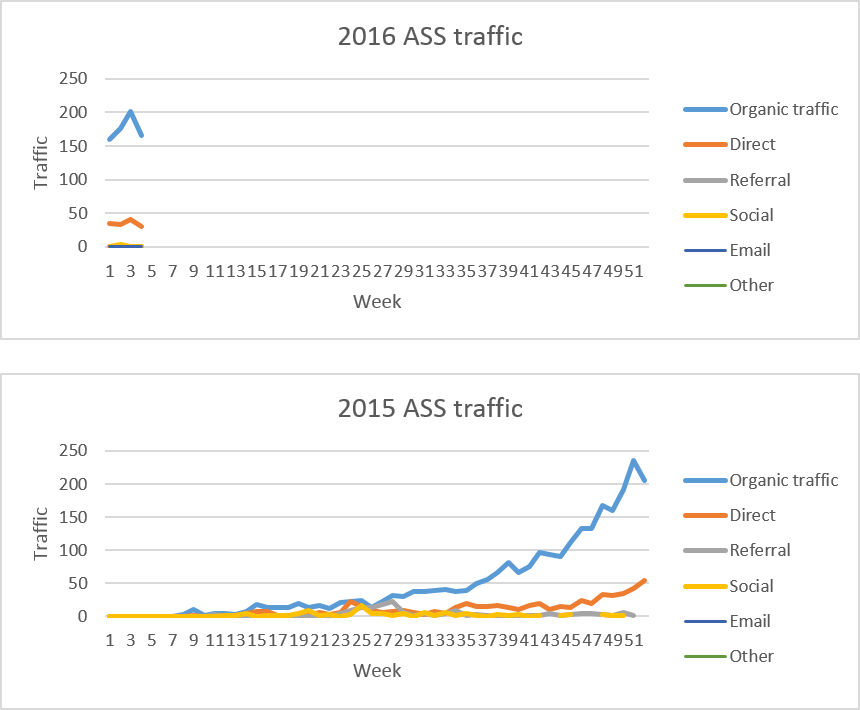 ASS site generated $72.54 in January. Since we don’t have Year over Year data, we can’t compare to last year’s performance.

When compared to December 2015 revenue, it is less than half. This is understandable since it’s not a holiday season.

We really need to get the article production / upload process set up properly so new articles will get published as soon as they are produced.

Our aim is to publish at least 30 articles each month moving forward and obviously without those additional articles, the site seems to be at steady state.

We will also start working on backlink building to boost ranking for the existing articles as well as new ones. We will be doing good old blog commenting as well as using BuzzStream to manage email outreach.

What do you think?

Do you think this report is insightful? Are we missing something that you are interested in? Let us know what you think so we can start incorporating what you want to know in our next report.

Instruction Video: How To Create Articles That Will Rank High On Google?

How To Find Profitable Product Keywords For Amazon Affiliate Sites?
Scroll to top