I must say I am very curious as to how we did in May.

The income generated by the ASS site turned its corner and started to look better compare to last month. I am guess this is partly due to Google finished processing the new articles we created last month and those articles start to stabilize in ranking.

We also managed to create several backlinks which might have helped the ranking somewhat.

We stopped creating new articles and switched gear to only focus on backlink building in May.

As I mentioned in this backlink building idea post, I used two outreach software to help me stay organized. In May I started using Ninja Outreach but encountered some technical difficulties and later decided to switch to BuzzStream in June.

Having said that, Ninja Outreach did help building several backlinks after sending out several hundred emails.

Organic traffic continues to grow at a steady pace in May. 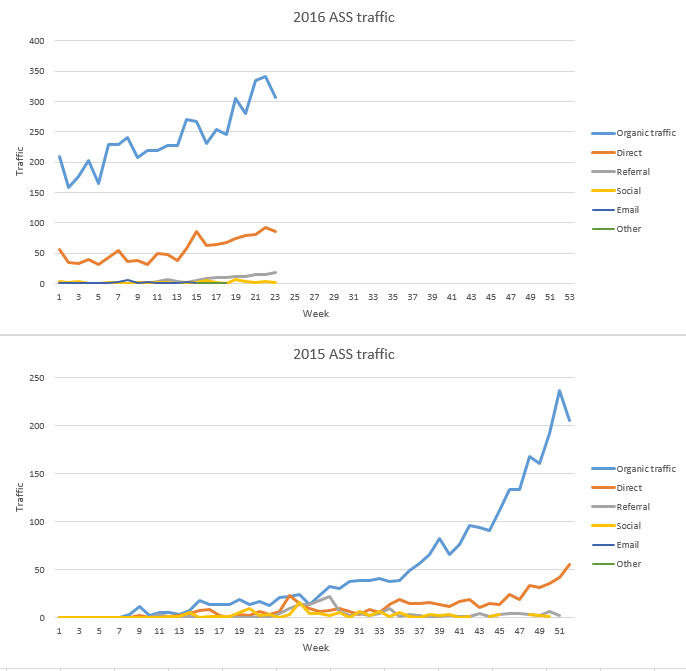 Amazon Affiliate Revenue in May 2016

In April, the ASS site made $65.44. Nothing to be excited about but it’s good to see it increased back to March level. 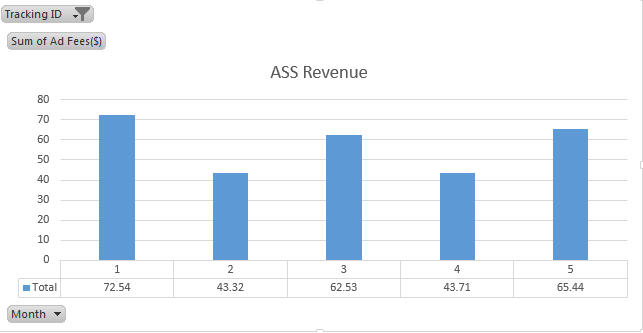 We will continue with backlink building.

The aim is to create 50 backlinks and see how that will affect the site.

So far, we have only managed to create about 10 links, of which some are not live yet.

A site owner has decided to create a blog post about the ASS site but she is behind her publication schedule. We also have a pending link on a resource page.

How To Transfer Data Into Non Consecutive Empty Cells In Excel?
Scroll to top