As I mentioned recently in this post, I discovered that Digital Ready Marketing was losing its brand search visibility. It got so bad that it even stopped ranking for its brand term (image below).

As you can see instead of Digitalreadymarketing.com in the first position, Digitalready.co is ranked first and its Local Knowledge Graph is showing up right next to it. 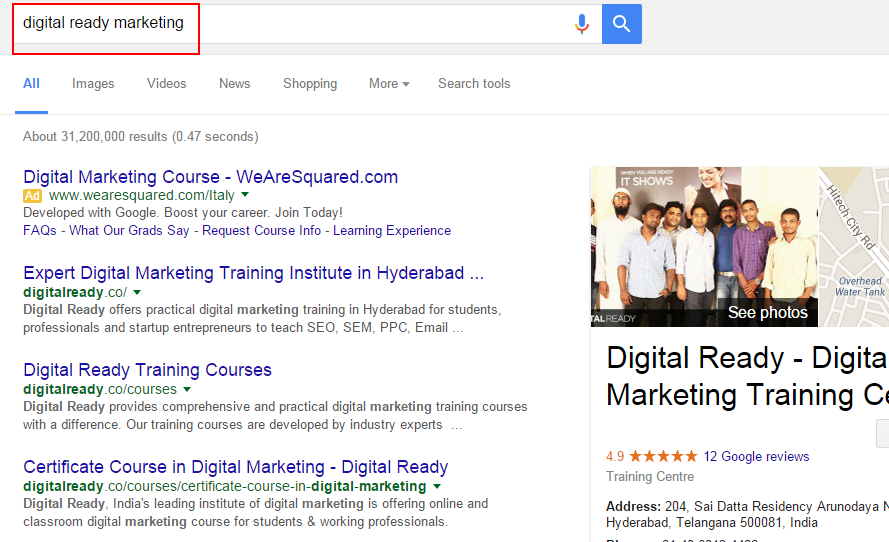 My initial thought was that because I changed the title tag of the home page, Google started dissociating the keyword “Digital Ready Marketing” from the home page.

However, as it turned out there was a bigger issue that was causing it …. the home page was actually returning status code 500 to Google and other search engines.

The status code 500 basically tells search engines that the site is down.

My best friend Google Search Console had been telling me this!

I should have caught this issue earlier because the Digital Ready Market profile in Google Search Console had been telling me this issue again and again since October 2015.

I did notice it a while ago but my initial thought was because the hosting server was done for maintenance (hopefully for a brief moment) and it just happened that Google was visiting my site at that time…. Man, I was so wrong.

As you can see this issue was first discovered on 10/5/2015 and since it was on a page that was not particularly important, I did not investigate it further.

Then the issue started to get worse and worse with more frequency in December and finally on 12/18/2015, Google Search Console informed me the homepage was in trouble.

This is when I decided to contact the hosting company – WPEngine to get to the bottom of this.

WPEngine to the rescue!

Long story short, the WPenegine team investigated pretty much everything from .htaccess file, memory issue, then ended up identifying issues with one (or more) of the Plugins.

In the end I had to disable Plugins one by one to find out that “Facebook Open Graph, Google+ and Twitter Card Tags” Plugin was causing the issue. Not sure if the plugin was not compatible with WPEngine environment from the get go or any other reasons.

In any case, after deleting the plugin, all the pages indicated by Google Search Console with status code 500 were all back to status code 200.

After taken care of the status code issue, now it’s time to tell Google as soon as possible.

How to ask Google to index your site right away?

I used the “Fetch as Google” function in Google Search Console to take care of this. After fetching the page, simply tell Google to index it by pressing the “Submit to index” button (image below)

Within 30 minutes of doing this (could be faster since I checked after 30 minutes),  the homepage of Digital Ready Marketing was back in the index.

Along with that, the Local Knowledge Graph for Digitalready.co was gone also. 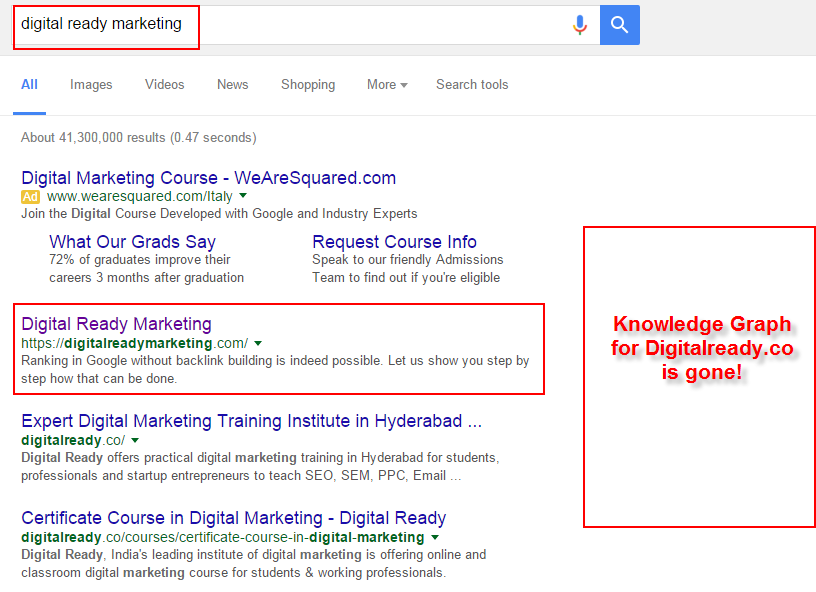 Check “Crawl Errors” tool in Google Search Console regularly and investigate immediately if something doesn’t seem to be right.

Our site is back! 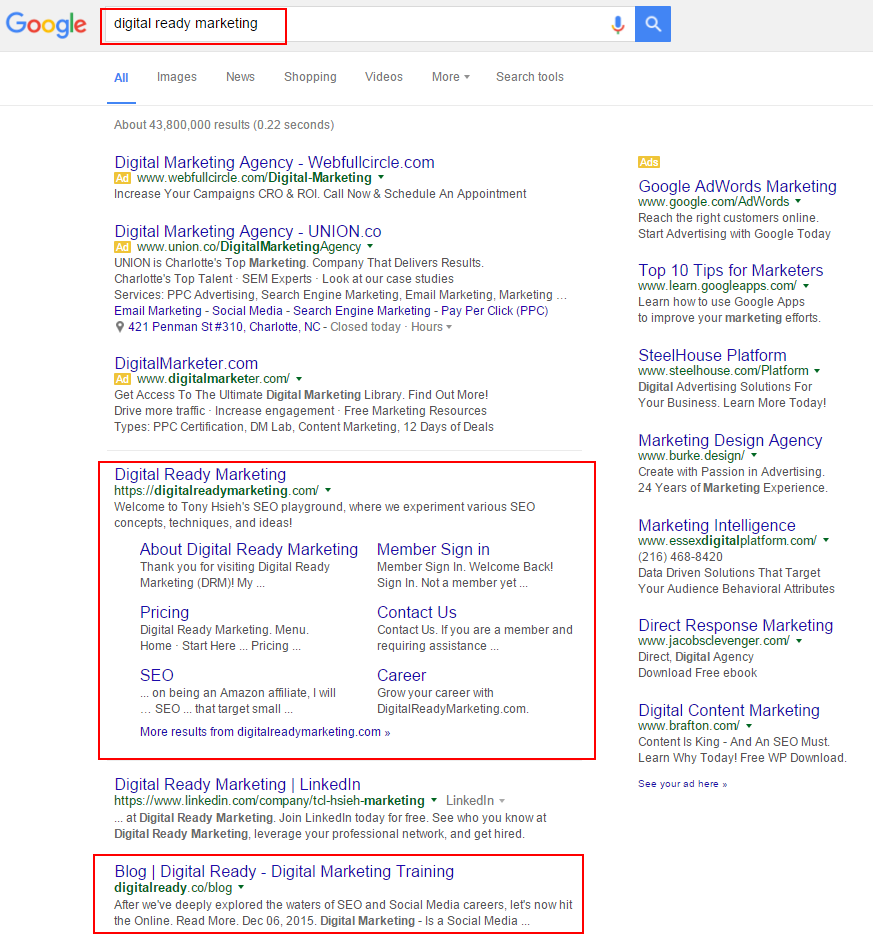